The island of Marie Galante is the third largest among the islands of the French Antilles. Marie Galante is circular in shape with rolling hills. Its highest point is estimated to be just 204 meters and its countryside is extraordinary. The existence of a deep fault separates nearly a quarter of the north characterizing this region by its very high cliffs. If you want to have an idea of what Gaudeloupe looked like 50 years ago, then Marie Galante is a must see. 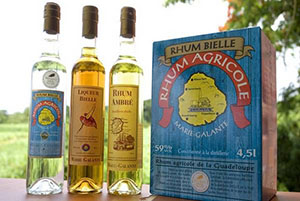 The warm and welcoming island has retained its agricultural nature and is almost entirely dedicated to the cultivation of sugar cane. Step back in time to surreal scenes of duel ox drawn carts “kabwé”, transporting sugar cane to the 106 mills scattered across the island like sentinels. The few surviving distilleries are considered to produce some of the best rums in the Caribbean. 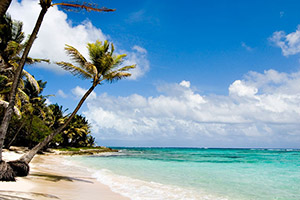 Marie Galante is bordered by heavenly, deserted beaches. Some are considered the most beautiful of the archipelago of Guadeloupe and the Caribbean. The region north of the island is the most picturesque with forests, hills and beautiful beaches, where you get the feeling that time has stopped.