St. Lucia, affectionately called the Helen of the West, got her name from Helen of Troy, a woman considered to be the most beautiful woman in the World. St. Lucia is the epitome of beauty, from our gracefully meandering coast line to our lush rain forests, the genuine smiles on the faces of our people to the vibrancy of our national wear and carnival costumes.

We are passionate people, very proud of our heritage. Our rich history continues to influence and enrich our daily life; and it’s not hard to see why. 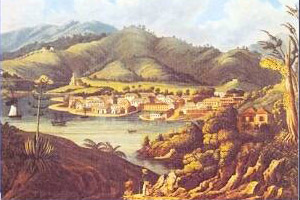 The first inhabitants were the Arawaks who canoed their way across from South America around 200 A.D. These early Amerindians called the island Iouanalao, which means ‘Land of the Iguanas’, due to the island’s large population of iguanas.Their peaceful existence was short lived as they were forced out by the more aggressive Caribs around 800 A.D who named the island Hiwanarau, and later Hewanorra.

The first Europeans landed on St. Lucia much later. In fact, for many years we believed that the island was discovered by Christopher Columbus in 1502; but recent evidence suggests that it was Juan de la Cosa, Columbus’ former navigator, who actually first set foot on the island back in 1499. It was not until 1550s however, that St. Lucia had an established European presence. Francois le Clerc, a notorious buccaneer better known as Jambe de Bois made Pigeon Island his home and used it as a lair to prey upon unsuspecting Spanish sailors, plundering their gold and other precious possessions. Around 1600, the Dutch arrived and established a fortified base in Vieux Fort. 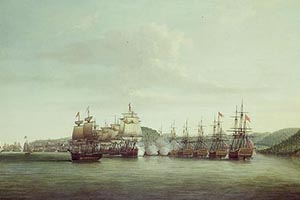 After two gravely unsuccessful attempts to colonize, what resembled permanent French settlement occurred in 1660, after a peace agreement of sorts was forged between the French and the indigenous settlers the Caribs. In 1642 St. Lucia was ceded by the King of France to the French but the British would have none of it, and so the battles continued.

Neither the French nor British were willing to surrender as they knew the wealth that this island held, not just in its natural beauty but in the island’s natural deep-water harbors that offered protection for military vessels and also served as an ideal location for monitoring enemy military movements in the surrounding waters. St. Lucia fell alternately under the control of France and Britain fourteen different times during these battles that spanned a century and a half. St. Lucia became an official British territory in 1814 and remained under the British crown until it became independent within the British Commonwealth in 1979. 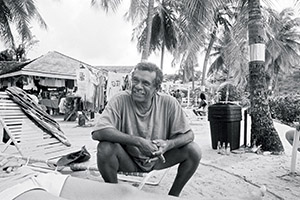 Today St. Lucia is a democratic multicultural society with a Creole dialect as one of the many reminders of our French heritage.

We continue to emanate beauty and to create beauty through our works of art, our poetry and through our very disposition. Our two Nobel Laureates, Sir Arthur Lewis and Sir Derek Walcott have made St.Lucians even more proud to call ourselves as such, as our twin peaks – Gros Piton and Petit Piton which have been named a World Heritage Site continue to stand tall in their majesty.

Small but mighty, our land, our people and our light, continue to be appreciated and recognized beyond our borders.